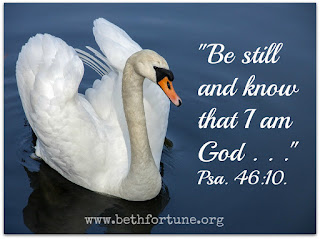 "I can't seem to find my way through this maze I've created."

"What's going to happen next?"

As they followed Moses out of Egypt, the Israelites also found themselves in a desperate situation. With the waters of the Red Sea before them and Pharaoh's armies fast approaching behind them, they were stuck with no options in sight.

Have you been there? Stuck with no options in sight? I have. Maybe the choice before me wasn't to drown in a sea or be killed by an army who was pursuing me in fast chariots, but nevertheless I have felt stuck with nowhere to turn.

God saw what was happening to His children and He had a plan.

God told the people to stop crying out to him and move towards the waters. At that point God performed a miracle. As Moses lifted up his rod, God caused the sea to go back with a strong east wind dividing the sea. Throughout the night the people were able to walk to the other side on dry land.

And what about the army that was chasing them? That morning God looked down on the army and caused their wheels to fall off their chariots and when they tried to turn back He caused the sea to return to its full depth drowning all the men.

Yes, the Lord fought for them.
And He will do the same for us.
He sees what is happening to us, His children, and He has a plan.

What are you in the middle of today? What situation seems impossible? What's closing in on you from both sides?