Pepsi, Birthdays and Me

My world collided with the world of Pepsi when I turned 6 years old.

What started out as a drink called “Brad’s Drink” and was invented by a pharmacist in 1893 to offer to his customers at his soda fountain ended up being the catalyst of my excitement to turn 6 years old. Caleb Bradham’s dark caramel colored (Caramel E105d to name the exact color) carbonated drink has been renamed twice and by 1961 was known and consumed by millions all over the world. And they had a special truck named after it. The Pepsi Party Truck.

For every child turning six, Pepsi offered a free cake, ice cream and Pepsi drinks up to a 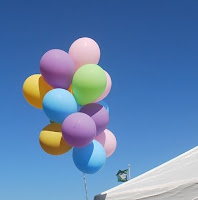 certain number for their birthday party. I remember the box, the small round cups of ice cream with the small wooden spoons and the Pepsi. I’m sure my party guest were bouncing off the walls for hours once they returned home with all the sugar, but it was a great time. Recently one of my granddaughters turned six and she got to enjoy the same Pepsi Party truck experience. (Even though now I believe you pick up your Party box from the bottling company, not a party truck.)

I don’t remember the actual gifts I received at the six-year party, but I am well aware of the gifts that my Heavenly Father has given me. What a disappointment to my parents if they gave me a gift and I opened it but never used it and enjoyed it. Same with my Father. How disappointed He would be to give me a gift and I never used it or enjoyed it. 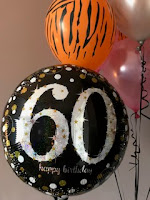 So, as I embark on this new decade, one in which there is a 0 after the 6, I’m going to take the gifts He so graciously put in my care and use them. My prayer is that the words that will be written and spoken will touch lives for generations to come and through the amazing Internet, all around the world.

I don’t know how old you are, but I do know that the Lord has graciously given you gifts and has put them in your care. Are you using them? Did you at one time, but for whatever reason put them down or in a place for another time?

There is no time like the present. The One who bestowed these gifts also encourages us with His word for:

salvation and the freedom we have in being God’s child through believing in His Son Jesus Christ, but also the gifts He has given each one of us. And as we celebrate, let’s not put the gifts aside, but use them as they were intended by the most loving gift-giver of all. 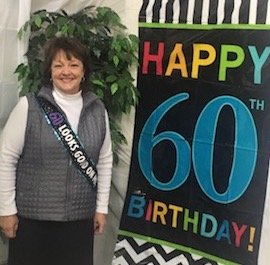